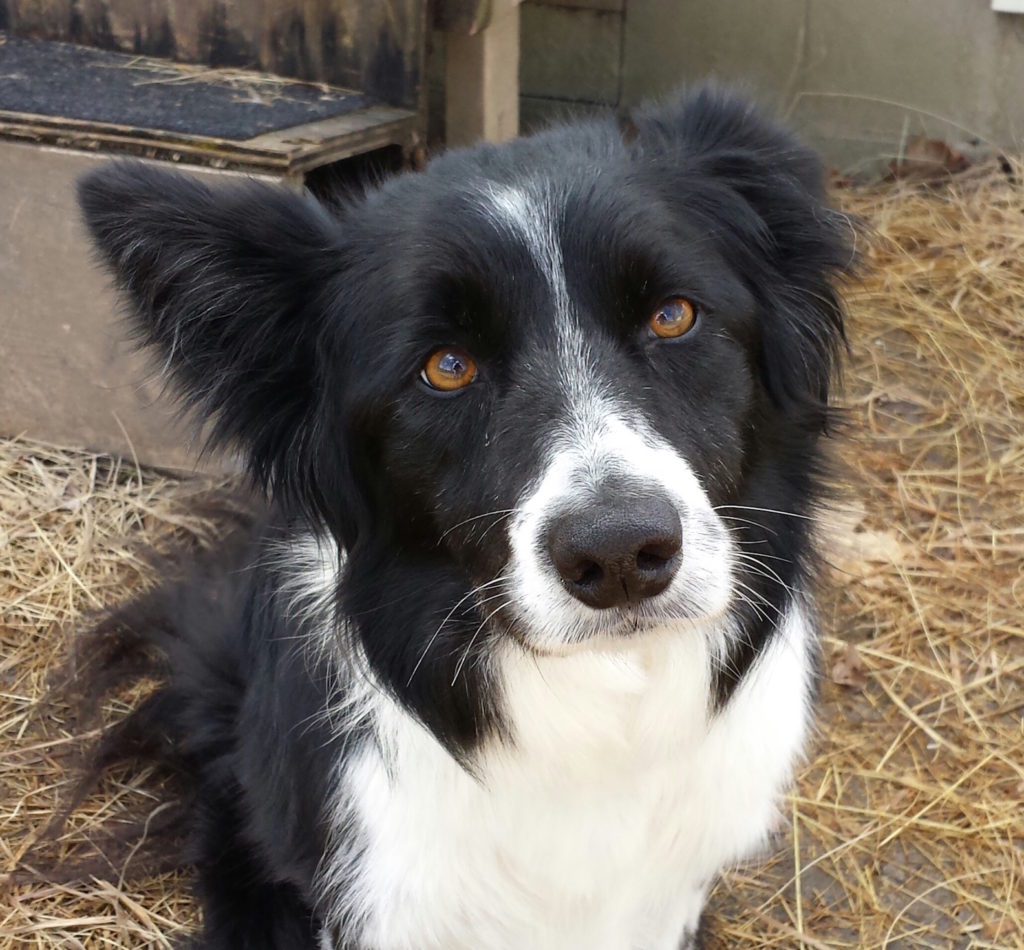 People ask me all the time: “Do positive reinforcement trainers ever say “No”? I used to tell people not to say “no” to their dogs. But I quit saying that because I know not a single person ever followed those instructions.

What I say now is: I know you will say “no” sometimes no matter what. Just realize that “no” is not dog training! If you want to use it to interrupt a behavior, you should always follow it with instructions on what the dog should be doing instead. Otherwise you will just startle them for a second and they will go right back to whatever they were doing.

Unless you really scare the be-jeebers out of them, and I certainly don’t recommend that. That’s how you end up with those (ahem) “calm” dogs. AKA shut down, afraid to do anything for fear of getting into trouble. Sadly, many people see these poor dogs as “good”. I don’t even want to go there.

And now it’s confession time. I got a new puppy a week ago and I heard myself say (um, yell) “NO” a couple times (because both of us were tired and cranky). OK, so I’m human. But I have said “Good Dog!” about two hundred times, so can I have brownie points for that?

I haven’t said “no” to a dog in years, because with my adult dogs I can just say “off” or “quiet” or “sit” or “kennel” or “get your toy” or any number of other words I have taught them. My puppy doesn’t know any words yet! Yep, puppies are a LOT of work, and a challenge to your patience. That is something I am not normally known to have in great quantity. (Except once a friend with four very young children told me I was so-o-o patient with my dogs. I was stunned, because her kids were driving me nuts and I thought she was a saint!)

If you find yourself yelling “no” at your dog it might be time for a sanity break. Make sure the puppy has pottied, is fed, exercised, has something to chew, and then put him in his safe confinement area. Close the door behind you and put in your ear buds.

I do teach my dogs a cue that means stop what you are doing. I do this by giving the cue (in a normal tone of voice) whenever I am redirecting them, which is usually holding their collar when they are trying to get to something or picking them up and moving them if they are small enough. I use “hm mm”. I guess it’s sort of a “leave it” cue, but I hate “leave it” because no one teaches it, they just yell it!

Eventually I can say “hm mm” very quietly to my adult dogs and I don’t even have to get up off my lazy behind. I think one of my dogs even understands when I silently shake my head, which implies that she is looking at me for permission to do something she doesn’t normally do (Can I pick up this interesting thing that appeared on the floor?). But of course that all has to be taught, rather than just yelled.

As long as I’m on the subject of “no”, I’ll add one of my pet peeves: when people say “No Bark” or “No Jump” or “No Bite”. As if dogs understood negatives. And as if they had taught them the meaning of the words Bark/Jump/Bite in the first place! Which is why this never, ever works unless you yell it or use some kind of threatening body language. And now you’re back to scaring your dog.

Finally, while none of us is perfect, the point of positive reinforcement training is to think ahead and set the dog up for success. If we WERE perfect we would have our dog’s world managed so that they would never make a mistake and the subject of saying “no” would never come up at all.

In a way, every time we yell “no” at our dogs, it means not that the dog has done something wrong, but that we have!